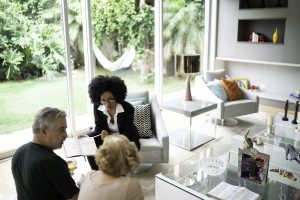 IRA owners can find themselves paying income tax on distributions of nontaxable amounts because of insufficient records proving nontaxability. A recent tax court memorandum provides a solution for these IRA owners.

Maintaining proper records for an IRA makes it easy to determine how much of the account balance is basis and should therefore be nontaxable when distributed. For this purpose, the primary record is IRS Form 8606, Nondeductible IRAs (Form 8606).

But what should one do if one’s IRA balance includes basis, but Form 8606 is missing? One often-recommended solution is to create an accurate accounting of the basis amount by filing Forms 8606 for nondeductible contributions and distributions (that include basis) that occurred in previous years.

That solution is not always practicable, though, especially for IRA owners who have limited records that could prove basis amounts. Fortunately, a recent tax court memorandum, Shank v. Commissioner, U.S. Tax Court, Dkt. No. 1752-17, TC Memo. 2018-33 (T.C. Memo. 2018-33) provides a solution for such individuals.

Eligible individuals can claim a tax deduction for regular contributions that they make to their traditional IRAs. These contributions would be pretax amounts and taxed as ordinary income when distributed.

One might be ineligible to claim a deduction for a regular contribution to a traditional IRA if one is covered by an employer-provided retirement plan or married to someone who is an active participant, and one’s modified adjusted gross income (MAGI) exceeds a certain amount. In such cases, one may make a nondeductible contribution to a traditional IRA.

Even if one is eligible to claim a deduction for a traditional IRA contribution, one may choose to treat that contribution as nondeductible.

Nondeductible contributions create basis in IRAs. Basis is also created from rollovers of after-tax amount from employer plans such as 401(k)s.

IRA owners are required to report IRA distributions on their tax returns, and show how much is taxable.

Generally, if the IRS determines that an amount is taxable, that determination is presumed to be correct; and, the burden of proving otherwise rests with the taxpayer.

Highlights of the case

Mr. Shank had no documentation showing whether the contributions were deductible, and the IRS was unable to retrieve copies of his tax returns—which would have included any filed copies of Forms 8606—from their archives.

Documentation provided to the Court showed initial investments of $4,760—reasonably determined to be the contributions made in the late 1990s, and a total market value of $27,745 at the time the IRA balance was distributed to Mr. Shank.

As is required by the IRS, the IRA custodian reported the distribution on IRS Form 1099-R as follows:

By checking Box 2b, the custodian—rightly—puts the onus on Mr. Shank to let the IRS know if and how much of the distribution was nontaxable. The process for doing so includes reporting distribution on his 2014 tax return, and indicating how much of it was nontaxable. However, he did not include the amount on his tax return, and the discrepancy was detected by the IRS’s document matching system, which led to the IRS issuing a notice of deficiency in which they treated the amount as fully taxable.

Mr. Shank petitioned the Court for a redetermination of the deficiency.

Inevitably, there will be taxpayers who do not have sufficient documents to prove basis in property. Such was the case in Cohan v. Commissioner, 39 F.2d 540, 542-544 (2d Cir. 1930), where the court used what reasonable evidence was available to estimate the basis amount in Mr. Cohan’s property—an approach which since then is referred to as the Cohan rule.

In making its decision for Mr. Shank’s case, the Court took into consideration the fact that it has been more than 20 years since the contribution was made, and the credibility of the information provided by Mr. Shank. This included records which—under application of the Cohan rule—reasonably showed a basis amount of $4,760, making only the remaining balance of $22,985 ($27,745 – 4,760 = $22,985) taxable.

What this could mean for your affected clients

While filing IRS Form 8606 is the standard method of tracking these basis amounts, it is not filed in many cases. And although Form 8606 can be filed for prior years—in which it should have been filed but wasn’t—it is not always practical to do so. In such cases, T.C. Memo. 2018-33 shows how you can use the Cohan rule to help clients for whom there is insufficient documentation, to identify the correct basis amounts in their IRAs; thereby, helping to ensure that they do not pay income taxes on these tax-free amounts.

Under the Cohan rule, providing “reasonable evidentiary basis” to the IRS could be sufficient. Such evidence could include some or all of the following, if available:

Remind your clients to keep copies of these documents, just in case they are needed to avoid paying income taxes on these amounts that should be tax-free.

Definition A deduction is a Tax write-off which is allowed for contributions to traditional IRAs or employer sponsored plans. Individuals who are active participants are